The restored statue of the Croatian Apoxyomenos was presented alongside other featured exhibits and comprehensive documentation at an exhibition in the Archaeological Museum in Zagreb, opened on 18th May 2008. 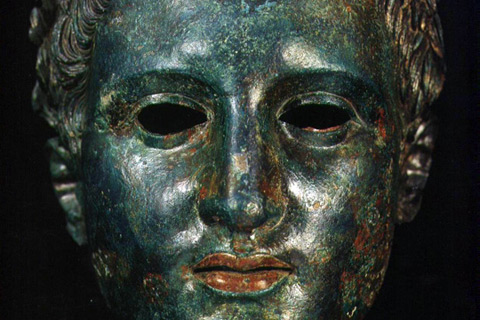 After three months in Zagreb, the exhibition was taken to Florence, owing to the successful cooperation with the Italian institute Opificio delle Pietre Dure on the conservation-restoration and research project. Organized by the Province of Florence and the Croatian Conservation Institute, the statue was shown in the celebrated Medici Riccardi Palace. With exceptional media coverage, the exhibition was seen by more than 80 000 visitors.

The Zagreb exhibition featured a film produced by the Croatian Radiotelevision as part of its Croatian Cultural Heritage documentary series.

Croatian Conservation Institute carried out the Croatian Apoxyomenos project with broad-branched cooperation and through the support of the Ministry of Culture of the Republic of Croatia. It was acknowledged as a significant contribution by a joint jury of the European Commission and Europa Nostra. Among 158 project applications from 32 countries, the Croatian Apoxyomenos project was awarded the European Union Prize for Cultural Heritage and Europa Nostra in the category “Conservation of Works of Art”. The Croatian award for special achievement in the field of cultural heritage protection – “Vicko Andrić” for 2006 was awarded to the project coordinator Miljenko Domijan, chief conservator of the Ministry of Culture, conservators-restorers Giuliano Tordi and Antonio Šerbetić and conservator art historian Iskra Karniš Vidovič.