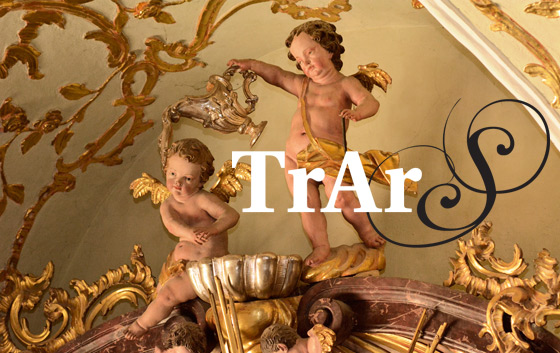 The Croatian Conservation Institute, with partners from Germany, Austria, and Slovenia, is directing the international project Tracing the Art of the Straub Family, supported by the European Commission through the Creative Europe program of support for European cooperation projects in the field of culture.

Apart from the Croatian Conservation Institute, as the leading partner, the project includes partners from the Bavarian State Department of Monuments and Sites, Institute for the Protection of Cultural Heritage of Slovenia, University of Ljubljana, and University of Graz.

The Project Tracing the Art of the Straub Family is focused on research and promotion of artworks created by the members of the Straub Family who were active during the 18th century in present-day Germany, Austria, Slovenia, and Croatia, leaving a legacy of cultural and sacral heritage, especially altars and pulpits of extraordinary artistic quality. Five Straub brothers were among the leading sculptors of their time: Johann Baptist (1704 - 1784) in Munich, Philipp Jakob (1706 - 1774) in Graz, Joseph (1712 - 1756) in Maribor, Johann Georg (1721 - 1773) in Bad Radkersburg, and Franz Anton (1726 - 1774/6) in Zagreb. The artists originated from their father's (Johann Georg) sculpture and joinery workshop, but they also learned from each other. They expanded upon their knowledge by interacting with the culture that surrounded them. Even though they had different characters and talents, all became successful and influential, even leading sculptors, in their respective areas. The secret of their success was that their art – metier – was grounded in well-rounded technical skills and their adaptability as a form of artistic action, which would not be possible without exceptional technique. Even though they shared a common Rococo vocabulary, they created diverse artworks, a legacy of their talent and a window into inclination and worldview of their contemporaries.

The art of the Straub brothers has been studied on a national level. We are most familiar with the works by Johann Baptist and Philipp Jakob, while sculptures by other brothers have been far less researched. The attribution of works by the youngest brother, Franz Anton, was based only on stylistic comparisons to works by his brothers and has not been confirmed by written documents. Therefore, it is imperative to undertake additional archival studies and to extend the research to include precise comparative analysis of materials, technology and technique of sculpting, as well as larger pieces such as altars and pulpits. Comparative research of their oeuvre will clarify the importance of the Straub family in the formation and expansion of certain stylistic attributes of Rococo in the context of Central European art. Furthermore, it could shed light on social, political and cultural foundations that determined their individual styles. Thus, by studying artworks by the Straub brothers, we will gain a better understanding of their cultural surroundings.

This project encompasses the recording and archival studies of the entire opus of the Straub family, including basic conservation research of specific artworks as a prerequisite for future restorations. The results of the study are regularly published in Croatian, English, Slovenian, and German on the project website. Apart from the website, in the course of the project the monograph dedicated to the art of the Straub family will be prepared and published.

The Project Tracing the Art of the Straub Family started on 1st August 2017 and will last until 30th November 2019.