Silent Witnesses of Faith, Heritage and Luxury. Church of St. Nicholas the Bishop in Žumberak – conservation and restoration work 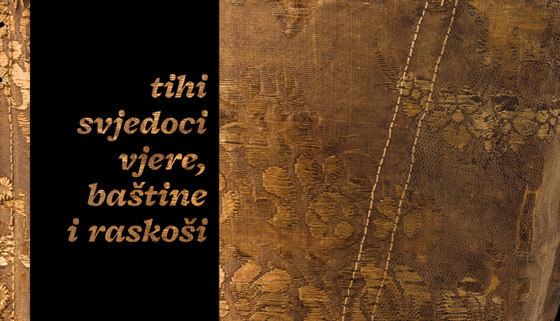 The Archaeological Museum in Zagreb and Croatian Conservation Institute organized the exhibition Silent Witnesses of Faith, Heritage and Luxury. The exhibition resulted from the conservation research the Institute has conducted for years in the church of St. Nicholas the Bishop and the surrounding cemetery in Žumberak.

The church of St. Nicholas the Bishop is a medieval building with a long history of continuous usage. It is located in the village of Žumberak and has until recently been the parish centre. Archival and historical research complemented the discoveries about the church architecture, its phases and furnishings. While the research is still ongoing, results both surprise and astonish. The cemetery surrounding the church of St. Nicholas the Bishop was used for burials from the 14th to 18th century. So far, 254 graves have been archaeologically investigated, including an ossuary with the remains of 223 individuals. This has shed light on the customs of the old Žumberak population regarding life and death, which seem to have included an exceptionally elaborate and strong piety. While the dead had in the 14th and 15th century been buried in earth graves wrapped in shrouds, therefore leaving these sepulchres largely without archaeological finds, by the 16th century the burial customs had changed. The early modern dead were buried in better clothing, mostly with artefacts for worship, such as crosses, rosaries and medallions of saints. These items bear witness not only to the personal pieties, favoured saints and religious customs, but also to the population’s mobility. The Žumberak people went on pilgrimages within what is nowadays Croatia, but also to Italy, Austria and Germany. In the crypt of the church sanctuary, a silver waistcoat and leather shoes were discovered inside a noblewoman’s coffin. Through the meticulous and challenging conservation work, an example of a 17th-century noblewoman’s costume was reconstructed, while the waistcoat and shoes of the Žumberak noble lady will for the first time go on public display.