Sv. Križ – a Hillfort in Time 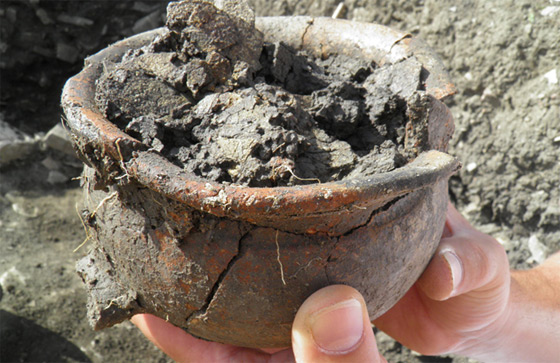 The exhibition was organized in collaboration with the Municipality of Grožnjan, bringing forth the results of many years of archaeological research at the stratified site of Sveti Križ, off the village of Čirkoti, near Završje in Istria, which the Croatian Conservation Institute has conducted since 2011.

Excavations confirmed the existence of a hillfort settlement from the Late Bronze and Early Iron Age, as the finds reveal prehistorical, Roman and medieval layers of the site. Remains of several residential buildings have been uncovered, with plenty of associated movable finds, such as pottery and bones, as well as flint material dating back to the Neolithic Period. Across the entire surface of the site there are scattered remains of tegulae and amphorae from the antiquity period, while during the Middle Ages a church was erected on top of the hillfort.