Conservation of «The Genealogical Tree of Franciscan Orders» Engraving 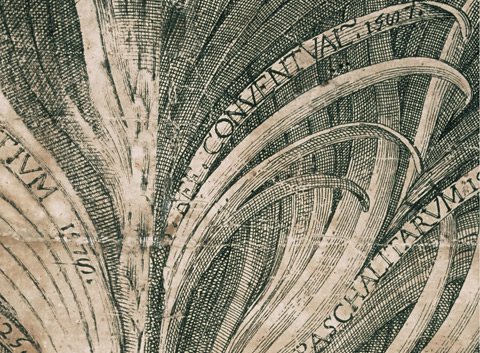 An exhibition at the St. Francis on the Waterfront Monastery in Split marked the completion of conservation-restoration work on the Genealogical Tree of Franciscan Orders engraving.

The 17th century engraving by an unknown author was discovered by chance at the St. Francis on the Waterfront Monastery in Split. It was in very poor condition and called for an immediate conservation intervention. The Dubrovnik workshop of the Croatian Conservation Institute restored the engraving in 2007.

Although the depicted subject is frequent in Franciscan iconography, the engraving represents a significant contribution to the monastery’s artistic treasure. Its monumental dimensions (173×125,5 cm) make it special in that graphic art is limited by the size of the matrix. The Split engraving was composed from several prints put together into a complex iconographic composition.