Josipovac Punitovački – Veliko polje I. Rescue archaeological excavations on the route of highway A5

Archaeological research carried out by the Croatian Conservation Institute in 2007 and 2008 on section Osijek - Đakovo of the future motorway A5 Beli Manastir - Osijek  - Svilaj was presented in this exhibition. 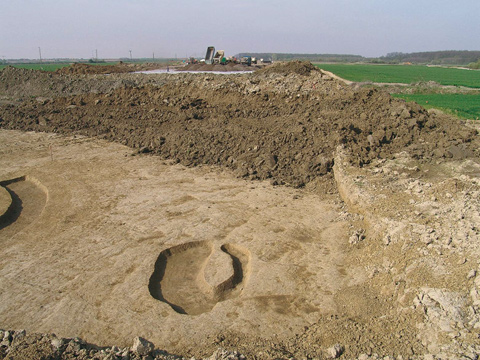 A survey of ceramics, which constituted the largest portion of finds, revealed traces of Eneolithic, Bronze Age and Medieval settlements. The finds belonging to the Retz-Gajary and Baden culture are from the Eneolithic period, dating from 4000 to around 3300 BC. The Vinkovci culture belongs to the Early Bronze period, the second half of the third millennium BC, and Middle Bronze Age finds are from the Belegiš group dated 1500 BC. Medieval finds date from the 13th century.

Posters from the exhibition, in Croatian [PDF: 4.82 MB]