The «Fortresses of Petrinja Region»

The “Fortresses of Petrinja Region” is a project that comprises research, renovation and revitalisation of early modern fortresses of Klinac, Pecki and Čuntić. The project is jointly undertaken by the Town of Petrinja, the Ministry of Culture of the Republic of Croatia, Croatian Conservation Institute, Croatian Forests Ltd. and numerous local organisations, aiming to bring together all cultural riches of the Banovina region.

The mayor of Petrinja, Prof. Željko Nenadić presented the “Fortresses of Petrinja Region” project on 28th June 2012 at the Open University - Croatian House in Petrinja. Initiated by the Town of Petrinja, the project began in 2007 and comprised research, renovation and revitalisation of the fortresses of Klinac, Pecki and Čuntić. The project is a joint venture of the Town of Petrinja, the Ministry of Culture of the Republic of Croatia, Croatian Conservation Institute, Croatian Forests Ltd. and numerous local organisations, aiming to bring together all cultural riches of the Banovina region. As emphasized on the occasion by Prof. Ivana Miletić, head of the Conservation Department in Sisak and head of the project Dr. Tajana Pleše from the Croatian Conservation Institute, the final goal of the project was to revitalize the fortresses – and not just renovate them, but renovate them and in order to promote the Town of Petrinja and the Petrinja region, open up possibilities for new employment and include the fortresses in the tourist and educational offer. The two speakers also hinted at the possibility of expanding the project to include other fortresses of the region in due time. 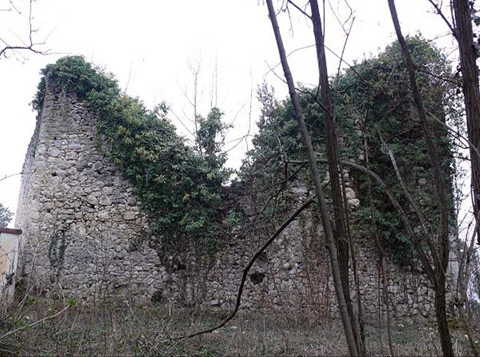 All three fortresses were built through the funds of the Zagreb Bishopric in the 16th century, as part of the anti-Ottoman defence system in the region of Una, Sava and Kupa Rivers. The shape of the fortresses was designed to meet the needs of the new early modern type of warfare. The way they were constructed reveals them to be hasty constructions, also conditioned by defense necessities. Despite their favourable geostrategic positions, all three fortresses fell out of use by the late 16th century.

The pentagonal fortress of Klinac is located on the southeastern slopes of Hrastovička Gora. The fortress is situated in an excellent geostrategic position with views of the Medvednica Mountain to the north, Moslavina and Slavonia to the east, the southern slopes of Zrinska Gora to the south and Petrova Gora to the west. The circular fortress in Hrvatski Čuntić was built overlooking the valley of the Petrinjčica River, to control the road communication leading from the heart of the Una River region towards the Hrastovica and Kupa Rivers. The rectangular Pecki Fortress was erected on an elongated slope overlooking the Utinja Stream. The area around the fortress was encircled by a wall and served as a refuge for the local population, much like the caves underneath the fortress.

Work on the Klinac Fortress began in 2007 by drawing up technical documentation (ARP Ltd.). In 2011 archaeological excavations of the fortress interior were completed. Conservation work was limited to consolidating larger volumes of walls that collapsed due to the effects of atmosphere and fire weapon blasts during the 20th-century wars (Croatian Conservation Institute and C.D. Gradnja Ltd.). In addition to that, a complete architectural documentation was drawn up (Vektra Ltd.). The main renovation project was completed (and confirmed) in 2012 (Croatian Conservation Institute and Vektra Ltd.).

In 2012, the research and documentation of the fortress in Hrvatski Čuntić began. A survey of the pre-existing condition featured a comprehensive research report (Croatian Conservation Institute and Vektra Ltd.). The work on the Pecki Fortress is planned to commence in 2013.

The “Fortresses of Petrinja Region” project was envisioned to develop the tourist potential of Petrinja and its wider environs. Outstanding historical and cultural values of these fortresses fitted well into the existing educational and tourist offer. The three bastions of early modern landscape will be connected with bicycle, mountaineer and horse-riding routes, which would open up numerous possibilities for the development of rural tourism.

The project is conceived to integrate research, renovation and revitalisation. Its clear goal is sustainability, combined with a strong potential for further development. Though in its intermediate phase, it already makes an excellent model for designing firmly based and sustainable cultural tourist products in the long run, in which professionals in various fields, government on both national and local level, the local community and citizens’ organization will equally participate.

Blueprint of the eastern front of the Klinac Fortress. Made by: „Vektra d.o.o.“ [PDF: 1 mb]