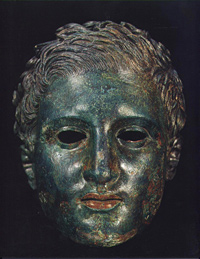 The monograph was published to mark the completion of conservation-restoration of the bronze statue of Apoxyomenos and its exhibition in the Archaeological Museum in Zagreb (18th May – 17th September 2006).

Among the most significant archaeological findings in Croatia, a statue dubbed the Croatian Apoxyomenos was raised from sea bed in 1999 at Vele Orjule, a site near the Island of Lošinj. The monograph comprises articles on topics such as: the bronze as material, the ancient Mediterranean Sea routes, the finding of the statue, underwater archaeological research after the raising of the statue and its later condition, conservation-restoration investigations and work on the statue, the technology of casting and dating the statue.