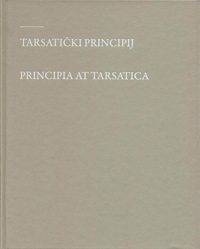 Archaeological investigations into a valuable 3rd century site in the old town of Rijeka - a Late Roman military headquarters - together with later layers from medieval and modern periods, were presented in this bilingual edition. The book was published through the joint effort of the City of Rijeka and the Croatian Conservation Institute.