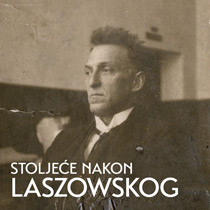 The conference introduced the public to the work and life of Emilij Laszowski Szeliga (April 1st, 1868 – November 28th, 1949), a member of the Croatian intellectual elite at the turn of the 20th century who dedicated his life to Croatian history and cultural heritage. Talks given by scholars and professionals from public institutions, whose missions are partly or even fully founded on the legacy of E. Laszowski, covered all areas of his work in the context of cultural and historical circumstances at the turn of the 20th century. On view at the exhibition were photographs shot with Laszowski’s lens, complemented with contemporary pieces made from the same vantage point so as to paint a dramatic picture of the changes that have taken place over the last century in the Croatian cultural landscape.

Although a jurist by vocation, Emilij Laszowski was committed to the study of history, as testified by his extraordinarily prolific writings, consisting of several thousand published works that contributed to the development of many disciplines and sub-disciplines: from history and art history, sigillography, archival and heraldic studies, to photography and conservation. It was with this kind of interdisciplinary approach coupled with an enthusiast’s dedication to the importance and love of the beauty of Croatian cultural heritage that he researched the history of Zagreb, but also the regions of Turopolje, Pokuplje, Hrvatsko Zagorje, Gorski Kotar, Lika and Primorje, laying the foundations of their historical topography. Equally comprehensive and versatile were his efforts in the public and cultural domain. As the Grand Master of the Brethren of the Croatian Dragon, he initiated the establishment of three institutions crucial for the development of Zagreb's cultural infrastructure: Library of the free and royal city of Zagreb (now Zagreb City Libraries), Archive of the free and royal city of Zagreb (State Archives in Zagreb) and Museum of the free and royal city of Zagreb (Zagreb City Museum). In addition, he encouraged the foundation of the Society for rescue, forerunner of today's Institute for Emergency Medicine.