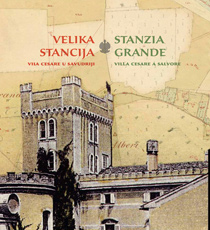 This architectural study of the Stanzia Grande in Savudrija is based on archival and conservation research, which the Croatian Conservation Institute conducted in 2010, and should serve as basis for future renovation. Stanzia Grande (Villa Cesare) was constructed as a villa with a country estate for a nobleman from Piran - Fabris, to be used for silkworm farming. It was reconstructed and expanded in 1877 for Carlo Cesare, a ship-owner from Trieste. Stanzia Grande occupies a distinctive place among 19th century Istrian villas, but was until now largely overlooked by experts. The book includes a historical overview of the villa's owners, its architectural development, an analysis of its spatial and formal features, and situates it in the context of architecture of the region. The book features a large number of photographs and graphic images.