During the European Year of Cultural Heritage, Croatian Conservation Institute presents the results of archaeological research of the 18th-century shipwreck in the Vis Cove on the island of. 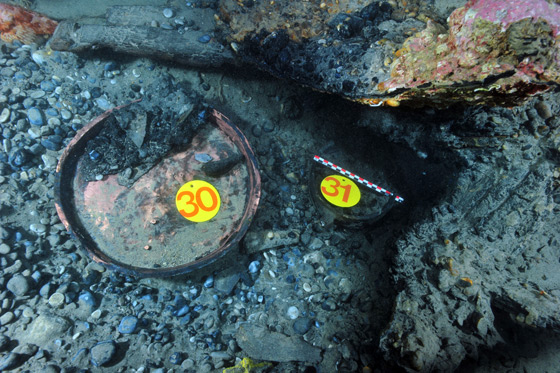 The modern shipwreck was discovered in 2014 in the Vis Cove on the island of Vis, south of Host Island at a depth of 50 meters. During the first professional survey, an intact shipwreck with numerous potentially endangered objects, such as naval artillery and equipment, was found.

Experts from the Department for Underwater Archeology of the Croatian Conservation Institute have been exploring this shipwreck for the last few years in order to protect the underwater cultural heritage, as well as interpret and present it. The results of the recent exploration, in light of available historical sources on maritime events on Vis Island, point to the possibility of dating the shipwreck between 1805 and 1815, when the French and British navies fought over the island.

This rare type of shipwreck on the Croatian seabed is extremely important because of the level of preservation of the remains of the wooden naval construction, numerous weapons and other ship equipment that have been recovered. A bronze cannon with the motif of a winged lion, cast in 1696 by the famous Venetian founder and ballistician Sigismondo V. Alberghetti, was found at the site. It is the first find of this type of Venetian cannon found on our seabed.