During the European Year of Cultural Heritage, the results of research of the Roman villa complex in Medulin, carried out as part of the »Vižula Archaeological Park« project funded by the European Regional Development Fund, will be presented. The first Info day for the project will be held at 4 pm on Friday, June 8, 2018 in Medulin. 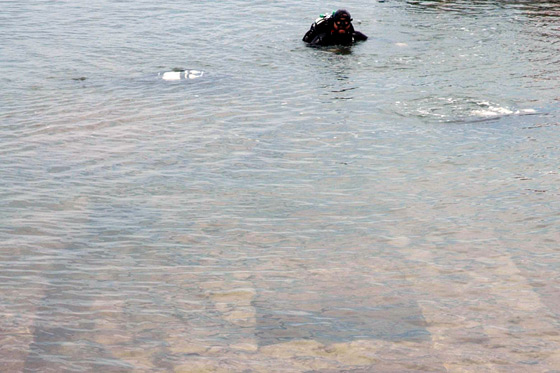 The remains of a Roman villa in Vižula near Medulin are an extremely important cultural monument, displaying several centuries of Roman architectural tradition (from the 1st to 6th century). Extensive research of this cultural heritage began in 1995, both on land and underwater. During the research, at least eight structures were found, some of which were underwater, and two had harbor architectural elements. Because of the rise of sea level and coastal erosion, parts of the Roman villa are presently underwater, making this ancient complex particularly interesting and valuable.

The »Vižula Archaeological Park« project is funded by the European Regional Development Fund as part of the Operational Programme Competitiveness and Cohesion 2014 – 2020 (with the Municipality of Medulin as the leading partner). The project covers integrated investments aimed towards creating an archaeological park on the Vižula peninsula, as well as developing tourist facilities, infrastructure, management and promotion systems based on cultural heritage. The goal of the project is to contribute to the sustainable socio-economic development of the Municipality of Medulin as a recognizable destination for cultural and historical tourism by investing in conservation and valorization of cultural heritage. By interpreting, protecting and revitalizing archaeological remains on land and underwater, the 3D visualization of the Roman villa will be presented to the general public at info-points. The Tourist Board of the Municipality of Medulin, Institute of Social Sciences Ivo Pilar, Faculty of Economics and Tourism »Dr. Mijo Mirković« (Juraj Dobrila University of Pula), Public Institution of Kamenjak, and the Croatian Conservation Institute, in charge of underwater research and conservation of the Roman villa complex, are all partners on the project.

The organizers are honored to invite all interested parties to the first Info day for the »Vižula Archaeological Park« project on Friday, June 8, 2018 in Medulin. The program will start at 4 pm with a presentation of the project in the Multimedia Centre of the Municipality of Medulin (3mc), Centar 58/ground floor, Medulin. After the presentation, a short tour of the Vižula peninsula will be organised.