In the European Year of Cultural Heritage results of the finished phase of archaeological research of shipwreck with Iznik pottery cargo from the Shallows of St. Paul will be presented. 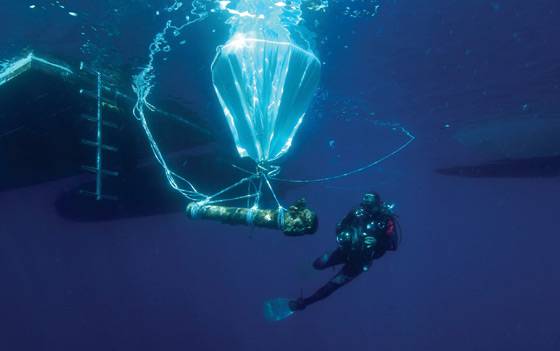 Mljet Island, with its natural and cultural characteristics, is an unusually interesting area that was a part of maritime routes connecting major Occidental and Oriental ports. Several well-protected bays on the north side of the island offer excellent protection for all seeking shelter from bad weather. Those who were unable to find safety can today be found in the sea around Mljet. Such example is the early modern shipwreck dated to the 16th century, discovered on the south side of the island, on the Shallows of St. Paul.

The shipwreck was discovered in 2006. Archaeological excavations began in 2007 and are still ongoing, led by Croatian Conservation Institute’s archaeologists. Due to the complexity of research, dimensions and depth of the site, and variety of finds, scientists working at the University of Ca’ Foscari in Venice joined the expert team. Ship's characteristics, as well as marks on the cannons indicate a Venetian origin, while its cargo distinguishes it from all other shipwrecks found in the Adriatic. It was carrying Ottoman ceramics produced in Iznik from the 15th until the 17th century. Each sultan had a master potter in charge of the pottery workshops, designing specific ornaments with patterns from the Quran, and animal and floral motifs. The great expansion of Iznik pottery occurred during the reign of Suleiman the Magnificent.

Previous theory postulated that styles of Iznik pottery changed with each new sultan. However, based on the confirmed five developmental stages of Iznik pottery, current theory assumes that individual ornamental style remained in use for as long as there was interest. Consumers of this ceramics were mostly affluent Europeans in need of "exotic" Oriental goods. Today, only three thousand items of Iznik pottery are held in museums and private collections around the world.

R esults of research of this shipwreck, unique in the Mediterranean, were published in the book Sveti Pavao Shipwreck (Oxford, 2014) and at the exhibition Iznik – Ottoman Pottery from the Depths of the Adriatic held in 2015 at the Mimara Museum in Zagreb, and in 2016 at the Dubrovnik Museums in Dubrovnik.

The importance of these finds was recognised throughout Europe and Iznik pottery from the Shallows of St. Paul was exhibited in Paris, Marseille, and Trieste.