During the European Year of Cultural Heritage, the results of archaeological research of the former Benedictine monastery of St. Margaret in Bijela will be presented. The remains of the monastery are a rare example of a Benedictine community in Medieval Slavonia. The research conducted on the site will help further the knowledge on religious complexes, and its conservation and presentation will enrich the cultural landscape of Western Papuk. 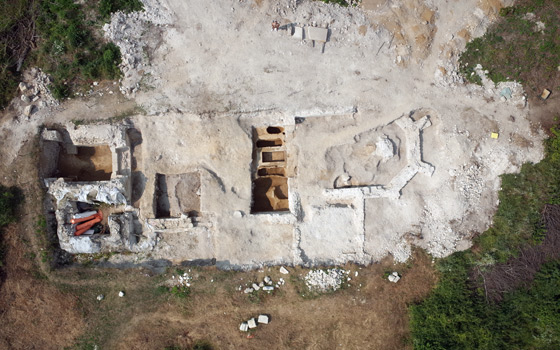 The remains of the Benedictine monastery of St. Margaret are located on a raised oval plateau above the Brzica stream, 1 km south of Bijela village and 4 km northeast of Sirač. The plateau is protected by a deep trench on all sides except on the eastern one, where the terrain plunges towards the Brzica stream.

The results of the archaeological research will be presented at the exhibition “Benedictines and the Creation of European Culture”, organized by the Bjelovar branch of Matica hrvatska.