During the European Year of Cultural Heritage, the completed conservation and restoration of the altar of the Three Kings from the Parish Church of Mary Magdalene in Čazma will be presented. 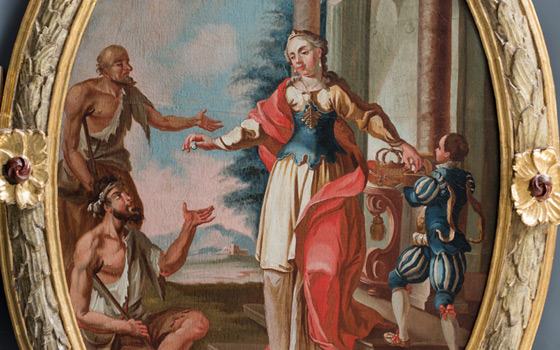 Parish Church of St. Mary Magdalene is one of the oldest sacral monuments in the Bjelovar-Bilogora County. Systematic research has shown that the structure we have today was built in several phases, and the presentation of the church aims to evaluate the Romanesque-Gothic and Baroque phases. Church furnishings mostly stem from the 18th century when the interior was restored after it was completely destroyed in the great fire between 1715 and 1720. During that period, the church received an extremely valuable Baroque inventory, altars and pulpit, and a Rococo organ.

In addition to the research and extensive reconstruction of the church, the Croatian Conservation Institute carried out conservation and restoration research of the entire wooden inventory in 2015 and began its restoration. So far, altarpieces from two lateral altars of St. John the Baptist and the Blessed Virgin Mary, and the altarpiece from the altar of the Three Kings, along with the body of the organ, have been restored.

The altar of the Three Kings is one of the most picturesque altars of this church. It has an altar stone and a wooden, polychrome retable. The top of the attic is shaped by a canopy from which a carved curtain is lowered, framing the oval painting of the saint, and leaning on the altar painting of the Three Kings. The altar was mentioned for the first time in 1765, when the construction was planned. In 1767, it is described as painted and gilded. Over time, the sculptures, except for the two adoring angels and a smaller angel in the attic, were lost. The missing sculptures were replaced by those of St. Augustine and St. Nicholas. This pair of large, somewhat rigid figures are older than the altar itself: the sculptures were created between 1732 and 1734 for the altar of St. Catherine which was removed in 1924. It is assumed they were made in the famous chapter workshop founded by bishop Juraj Branjug to furnish churches in the first half of the 18th century. The original polychromy on the altar is largely preserved and visible, but the colors have become muted, due to darkened layers of lacquer. The columns, large sculptures and antependium were re-polychromed.

The successful outcome of the work that was carried out is the result of cooperation with the local community, pastor and the Conservation Department in Bjelovar. Due to the way in which the altar was constructed, restoration of the architecture was carried out in situ, while other elements were restored in the Croatian Conservation Institute’s workshops.