During the European Year of Cultural Heritage, Croatian Conservation Institute presents the project for the research, protection, and presentation of a shipwreck from the Roman period found near the island of Ilovik. 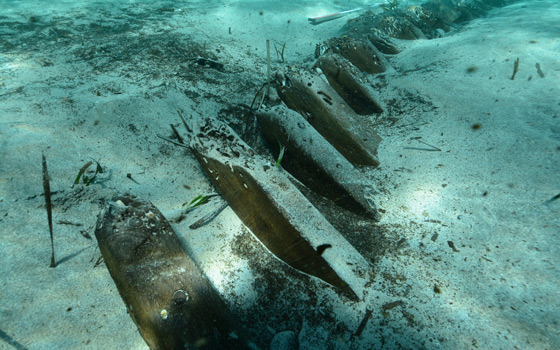 Along with numerous explored shipwrecks, the recent find of the remains of a ship in the Paržine cove on the island of Ilovik is evidence that it was extremely dangerous to sail on the Adriatic in ancient times. A professional survey of the site was conducted by the Croatian Conservation Institute in 2017.

Due to the way the ship was constructed and the analysis of the wood, the ship can be dated in the 2nd century BC. The exploration, protection and presentation of the ship will be organized in cooperation with the Museum of Lošinj in Mali Lošinj, French experts from the University of Marseille (Aix-Marseille Université) and the National Center for Scientific Research (Center National de la Recherche Scientifique).

The objective of the 2018 research is to assess the size of the site, document the details of the construction of the ship, and the in situ protection plan. Although this is not the only Roman ship in the Adriatic, it is valuable and interesting, primarily because it belongs to the older class of ships that sailed the Adriatic Sea. In the coming years, through interdisciplinary co-operation, it will be possible to conduct systematic, scientific, and protective research according to the highest professional standards that will result in the final presentation of this shipwreck.