During the European Year of Cultural Heritage, the results of previous research of the Roman building complex on Sipčina will be presented. 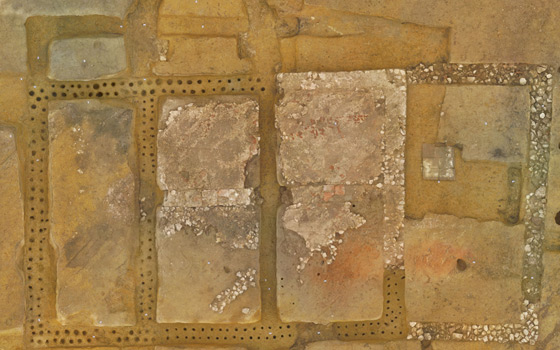 Six seasons of archaeological research have confirmed the presence of a Roman villa in the Sipčina area. The size of the entire complex is approximately 110 x 130 m. So far, an area of about 400 m2 has been excavated. Parts of two structures (both are enclosed by an apse) with the preserved remains of a floor heating system have been excavated. We can assume they were residential buildings, but future excavations will give us a definite answer. Artifacts, mostly pottery, some metal and glass, are dated from the 1st to 4th century.

Moslavina is rarely mentioned in ancient sources. Therefore, future archeological research and various non-destructive methods will give us a better insight for the reconstruction of the lifestyle in the Roman period and define the value of the entire complex.

After the completion of this year's excavations, new discoveries based on archaeological research will be presented to the general public through an exhibition at the Križ Gallery in Križ. The enormous financial and logistical support, provided from the very beginning by the Ministry of Culture of the Republic of Croatia, Municipality of Križ, and the County of Zagreb should be noted. The Municipality of Križ, in cooperation with the Croatian Conservation Institute, is taking steps to achieve the final goal – to present the Roman villa in situ.