During the European Year of Cultural Heritage, the results of the completed phase of archaeological research and reconstruction carried out on Jelengrad Castle, one of the best-preserved medieval towns in northwestern Croatia, will be presented. 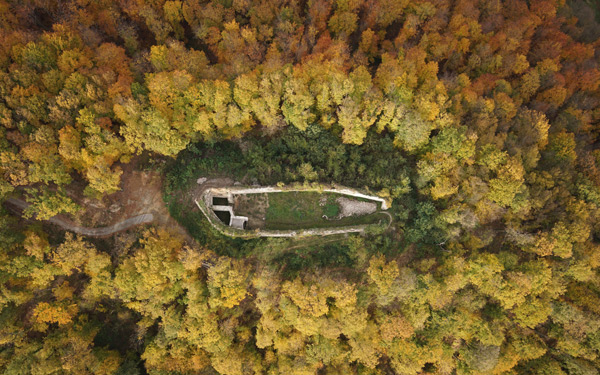 Located on the southwestern slopes of Moslavačka gora, Jelengrad Castle is one of the best preserved medieval castles in northwest Croatia. Built at the turn of the 15th century, Jelengrad was one of the centers of the Čupor Moslavački family in Moslavina, and later the Erdödy family. Based on previous research, Jelengrad was abandoned between 1540 and 1545 due to the increasing attacks of the Ottoman troops in Moslavina.

Even though it was in good condition, Jelengrad has been outside the focus of scientific interest for a long time. In 2012, with the support of the Historical Association Moslavina, Town of Popovača and Ministry of Culture of the Republic of Croatia, Croatian Conservation Institute started archaeological research of Jelengrad. In addition to systematic archaeological excavations, conservation of the site started in 2014. So far, the research has yielded numerous insights into the historical development of Jelengrad and further work will greatly expand the knowledge of everyday life in castles in Late Middle Ages and Early Modern Period.

On the account of the exceptional cooperation with the Conservation Department in Sisak, the Town of Popovača, and the Sisak-Moslavina County, visitors have been systematically familiarized with the heritage of Moslavačka gora, as well as with the development of various aspects of cultural tourism through the project “Following the paths of Heritage in Moslavina region”.