During the European Year of Cultural Heritage, coinciding with centennial anniversary of Viribus Unitis’ sinking, an exhibition will be organized in collaboration with the Historical and Maritime Museum of Istria. Original material, photographs and videos from the research will be exhibited, as well as some material from the shipwreck Szent Istvan, a ship of the same class. Added values of the exhibition are links to other naval heritage in Pula, such as the Memorial Naval Cemetery, aimed at expanding cultural and tourist options. 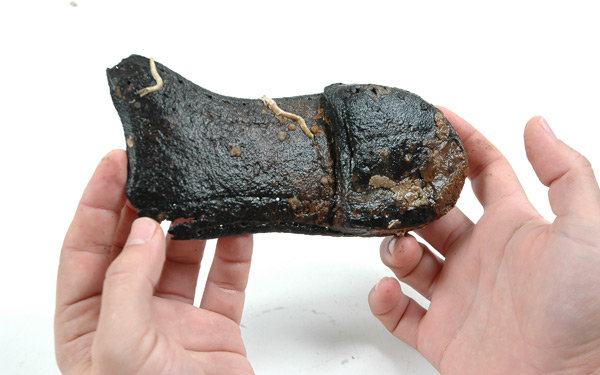 In the bay of Pula, at the very end of the First World War, Viribus Unitis, one of the largest ships in the Austro-Hungarian fleet, had been sunk. After the surrender of Austro-Hungarian navy and the ceremonial lowering of the flag aboard the Viribus Unitis, the fleet transferred to the National Council of Slovenes, Croats and Serbs. However, in a commando action by the Italians, the ship was sunk in a day, causing the death of hundreds of sailors and the first Croatian Rear Admiral Janko Vuković Podkapelski.

Because poor visibility in the bay impedes underwater works, current research (by Croatian Conservation Institute) is focused on geophysical methods (side scan and multi-beam sonar). Smaller remains of the shipwreck and the imprint of the ship's hull in the seabed have been confirmed. Specific positions were chosen for diving exploration, and, during its course, some material from the shipwreck, as well as certain personal possessions of the ship's crew, were surfaced. In continuation of research, plans have been made to further document the remains and continue with probe research.

The anniversary of the end of the first global conflict is incitement to explore important aspects of Croatian historical and cultural heritage, inextricably linked with heritage of countries of the former Austro-Hungarian Empire, as well as Italy. Researching shipwrecks contributes to the understanding of the fate and role of Croatian sailors, as well as sailors of other nationalities within the imperial fleet, as a clear indicator of Croatia’s connections to Central European cultural and historical heritage.

The exhibition will be opened at the Historical and Maritime Museum of Istria on Thursday 27th September 2018 at 11 o’clock.