During the European Year of Cultural Heritage, results of previous research of housing facilities on the Europska Avenija Street in Osijek will be presented. 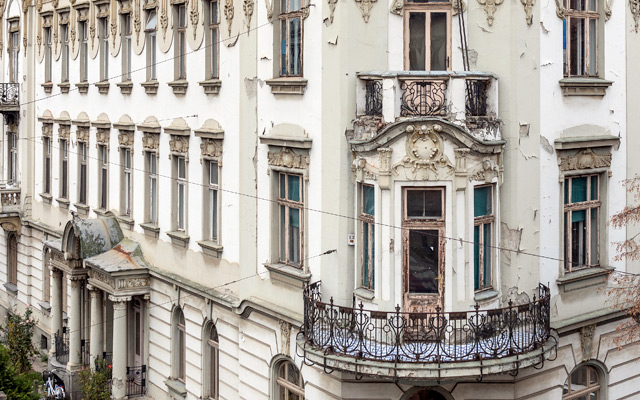 The architectural heritage of Osijek is marked by complexes from three different style periods: Baroque Tvrđa, the historical part of Gornji grad and the Art Nouveau urban planning in Gornji grad.

Northern side of Europska Avenija Street was built between 1904 and 1906. The unique Art Nouveau series of eight single and two-story houses for rent and palaces was designed by builders and architects from Osijek educated in Vienna and Munich. Among them are Ante Slaviček, Willim Carl Hofbauer, and Franz Wybiral. Designers from Austria and Hungary were also a part of the project - Ernst von Gotthilf, an architect from Vienna, and Ferenc Fischer from Budapest.

The original owners of the houses were renowned lawyers, industrialists, and landowners from Osijek. The construction of each house took almost a year, and the entire series was built in just three years. The first house that was built is the Nayer House from 1904, and the Gillming-Hengl house, the last in the series, was built 1906 when the series was finished.

Croatian Conservation Institute took part in the systematic research of the Osijek "Art Nouveau Series" buildings that started in 2012. During 2018, the last one, the Sauter house, will be explored. Conservation research has been carried out on all buildings, including collecting and analyzing archival documentation, recording the condition of the façade, sounding layers of plaster and paint on the walls, documenting mouldings in a 1:1 ratio, and drawing profiles, details and suggestions for reconstruction. The findings were documented and interpreted and, on that basis, conservation studies were made with a proposal for the reconstruction as well as cost estimate for the conservation.

The importance of the "Art Nouveau Series" in Osijek was, despite many expert and scientific research, at the level of historical and art evaluation, but unsuccessful attempts to restore the façade have resulted in their catastrophic state today. For this reason, Croatian Conservation Institute decided to launch a project that included field research and architectural reports so that, after more than a century of their existence, their original appearance could be restored and enhance the knowledge on this valuable architecture.

As part of the European Heritage Days 2018, Conservation Department in Osijek is organising a series of lectures, workshops and guided tours of Tvrđa, Gornji and Donji grad streets, so visitors will be able to better experience the material and immaterial heritage of the city and its inhabitants. The program begins at 11 am at the Kralj Tomislav Garden in Osijek (Perivoj kralja Tomislava) for an educational walk led by Professor Alka Turalija and Senior Curator Grgur Marko Ivanković.

Afterwards, several lectures will be held at 12 o'clock in the City and University Library: