Presentation of the results of interdisciplinary research of the church and monastery, as well as conservation and restoration research of wall paintings will be held on Friday, 19th October 2018 at 12 o’clock in the church of St. Nicholas. 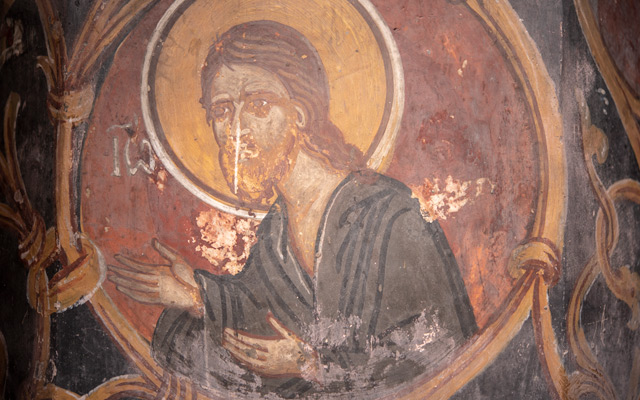 During the European Year of Cultural Heritage, the results of interdisciplinary research, which will include archival, historical and art research of the church and monastery, as well as conservation and restoration research of wall paintings, will be presented. The conservation study will be the starting point for the reconstruction of this monument, a reflection of the national, religious, and artistic diversity of cultural heritage in Croatia.

The Orthodox monastery complex with the church of St. Nicholas (Nikolaj) is located at the foot of Krndija, in a lush Slavonian forest. This lonely place has been a sanctuary for Orthodox monks since the end of the 16th century, and on the Ottoman list of Sanjak of Pojega in 1579, it was listed as "monastery of Remeta", although the beginning of the monastery probably dates back to the Middle Ages.

The monastery church was built in 1592 and it is the only example of the Morava architectural school in Slavonia. It has a characteristic layout in the shape of a cross or clover with a central dome supported by a high tambour. The exterior of the church is partially undecorated, so the construction with alternating rows of brick and stone can be seen. Inside, the walls of the church and the columns that carry the dome are richly painted with frescoes, among which a rare example depicting the genealogy of the Nemanjić Family should be emphasized.

During the turbulent history of Slavonia, this church complex was burnt down and destroyed on several occasions and later restored. The last major reconstruction was in 1938, in the period between the two world wars. The complex was later damaged again – first in the Second World War, and then at the end of the century, during the Homeland War.

During 2018, Croatian Conservation Institute carried out interdisciplinary research of the Church of St. Nicholas. Based on the study, guidelines for further work and reconstruction of one of the oldest Orthodox monasteries in Croatia were outlined. Along with the natural beauty of Krndija and Papuk, the future presentation of another cultural monument in this area will contribute to the rich cultural and tourist offer of the Virovitica-Podravina County.