Presentation of the results of the completed conservation and restoration of wall paintings in the shrine, altarpieces, and sacristy cabinet will be held on Tuesday, 30th October 2018 at 17 o’clock in the church of St. Nicholas in Pazin. 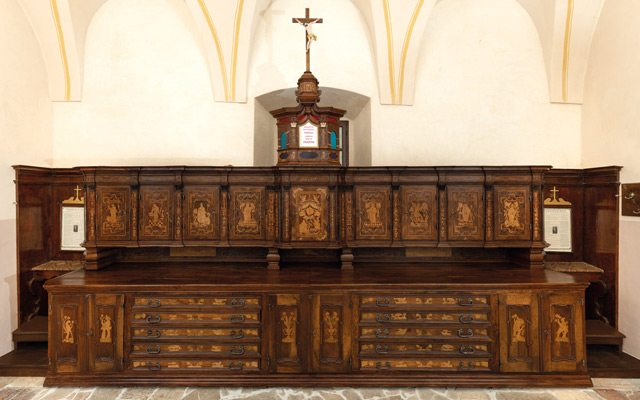 Moisture from the floor and the wall of the church caused the development of fungi and mold, and consequently the attack of wood boring insects and the degradation of wood, mostly at the bottom and in the back.