During the European Year of Cultural Heritage, Croatian Conservation Institute presents the results of the conservation and restoration research on the so-called granary in the Old Town Varaždin. 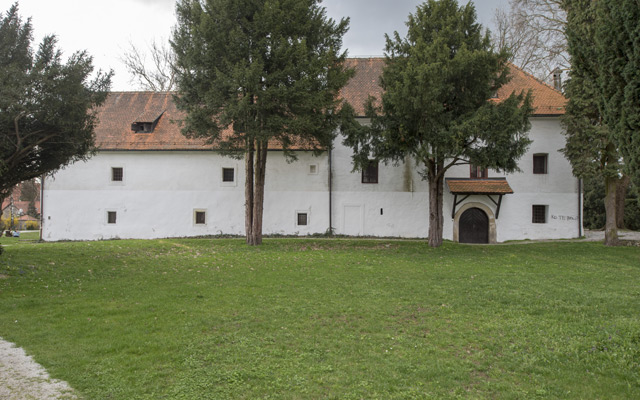 The medieval building of the so-called granary of the Old Town of Varaždin is located in the southwest part of the plateau of the former county headquarters (castrum comiti) of Varaždin County. It was probably built during the reign of the Counts of Celje. The east part of the building was used for storage (Proviant Haus), and the west for the armory (Zeug Haus).

Croatian Conservation Institute started recording the existing state of the so-called granary in 2015, when the facility was still used by the Varaždin State Archives. When the Archive was relocated, conservation and restoration research was made possible in order to draw up the conservation documentation.

Conservation and restoration research has resulted in the remains of numerous historical adaptations and a variety of layers even though only in fragments. The oldest established historical layer dates back to the second half of the 15th century. These are narrow, elongated rectangular embrasures that allowed horizontal and vertical shooting, and they were preserved on the south façade of the western part of the building. Originally, they were part of the south defensive wall of the fortress of Varaždin county prefects, where the façade of the armory was later built. During the 16th century, embrasures were adapted to a type of warfare with more advanced firearms and a new defense system was designed by Domenico d'Aglio. Several major reconstructions were carried out during the 16th and 17th century, when the Varaždin Fortress became the defense center of the Slavonian Military Frontier. The way it looks today is the result of changes made at the beginning of the 18th century and radical adaptations during the 20th century.

After the work has been completed, it will be possible to devise guidelines for the reconstruction of the so-called granary which will, now a part of the Varaždin City Museum, also get a new purpose.