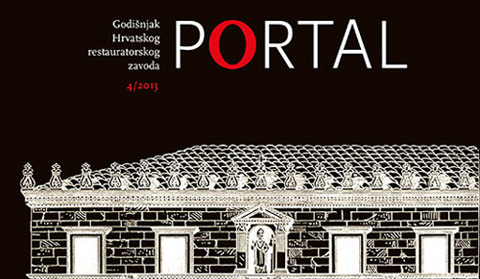 Croatian Conservation Institute began in 2012 with the documenting, investigating and conservation trials on the stone sculpture in the interior of the presbytery and the main apse of St. James’s Cathedral in Šibenik. A major architectural achievement of the 15th and 16th century in Croatia, the Cathedral of Šibenik has won its global recognition in 2000, when it was entered in the UNESCO World Heritage List.

After three years of renovation work, the newly made-over Villa Bunić-Kaboga in Rijeka Dubrovačka opened its door to visitors. Built in the first half of the 16th century, with Gothic-Renaissance style characteristics, then rebuilt and expanded in the 18th and the 19th century according to the taste of the times, this seafront villa complex represents an exquisite example of the Dubrovnik architecture. However, the inappropriate building interventions and usages in the 20th century, the construction of the Adriatic Highway and the coastal filling, and eventually the destruction wrought during the Croatian War of Independence, inflicted permanent damage to the villa. A comprehensive renovation of the villa was initiated and almost completely financed by the last living descendant of the Caboga family, Dr. Ivo Felner, through the Batahovina Foundation. The renovation project was based on comprehensive art-historical research conducted by Dr. Nada Grujić, and grounded on presenting the original layer as well as the 18th-century expansion. The renovated villa is designated to become a workspace for wall painting and mosaics, paper and leather conservators of the Croatian Conservation Institute.

The collection of six papers on the history of St. Mark’s Church was published to mark the completion of its year-long renovation. Croatian Conservation Institute, which supervised the larger part of the renovation, initiated the monograph, aiming to compile all existing insights into the construction history of the church, which revealed it to be a particularly multi-layered monument.