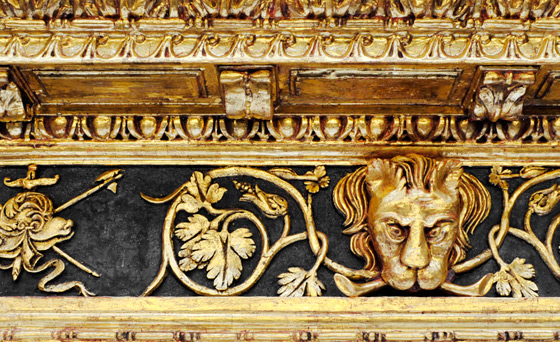 The former palace of the Sorkočević Family, today the Bishop’s Palace, is located in the southeast part of Dubrovnik, in the Pustijerna quarter. The Palace is located opposite the Cathedral of the Assumption of the Blessed Virgin Mary. It used to be the largest private residential building in the city, and, in the 19th century, when it became the property of the Bishop of Dubrovnik, the Palace further emphasised the ecclesiastical centre in the city.

The Palace was built by the Sorkočević Family at the beginning of the 16th century, undergoing several major architectural changes during its history. From the time the construction began to the final layout after the 1667 earthquake, its size gradually increased and the interior layout and furnishings were transformed. Today, the Palace has a specific form and mostly Baroque characteristics.

The Institute for the Restoration of Works of Art, under Vladimir Marković, F.C.A., began conducting conservation and restoration research in the 1980s to renovate the Palace that had been damaged and evacuated after the 1979 earthquake. Just before the Homeland War, parts of its inventory (paintings, furniture, painted wooden ceilings) were dismantled and relocated. The conservation and restoration study was finished in 1993.

By 2000, project documentation for the renovation of the Palace, funded and organized by the Institute for Restoration of Dubrovnik, was completed and the work could begin.

In 2009, on the incentive of the Conservation Department in Dubrovnik, Croatian Conservation Institute took on the conservation and restoration of furniture and the library panelling, previously stored and partially restored in a private workshop in Dubrovnik.

After conservation and restoration of both ceilings in 2011 and 2015, and cabinets and library panelling in 2013, the restored artworks were stored at the depot of the Croatian Conservation Institute until conditions for their installation were secured.

Since 2013, all conservation and restoration continued with the support of the Ministry of Culture of the Republic of Croatia, apart from works on the beams with floral ornaments funded by the Diocese of Dubrovnik.

In October 2016, the Diocese of Dubrovnik and the Croatian Conservation Institute signed an agreement to implement the first phase of conservation and restoration of wall paintings and part of the movable inventory. The work on the stucco continued with the funds from the Ministry of Culture of the Republic of Croatia.

According to the previously mentioned contract, the return and assembly of ceilings was executed at the beginning of 2017, more than thirty years after they were dismantled. Not long after, the cabinets and library furnishings were returned and assembled. The restored beams with floral ornaments were returned to the Palace at the end of that same year. During 2017 and 2018, conservation and restoration of wall paintings in the west part of the Palace and doors of the matroneum was completed.

During the European Year of Cultural Heritage, one of the most important comprehensive conservation endeavours has been successfully completed. This methodologically, technologically, and organizationally demanding project would have been impossible without a strong interdisciplinary cooperation. Furthermore, it would not be possible to achieve such results if this decades-long project was not financially supported by the Ministry of Culture of the Republic of Croatia and the Diocese of Dubrovnik. All employees of the Croatian Conservation Institute were honoured and privileged to work on restoring a part of the authenticity of renaissance and baroque areas of the Palace, once again a home to the Bishops of Dubrovnik.