Charter of the Republic of Croatia Presented to Directorate for the Protection of Cultural Heritage of the Ministry of Culture, the Croatian Conservation Institute and the Rental Workshop of National Costumes 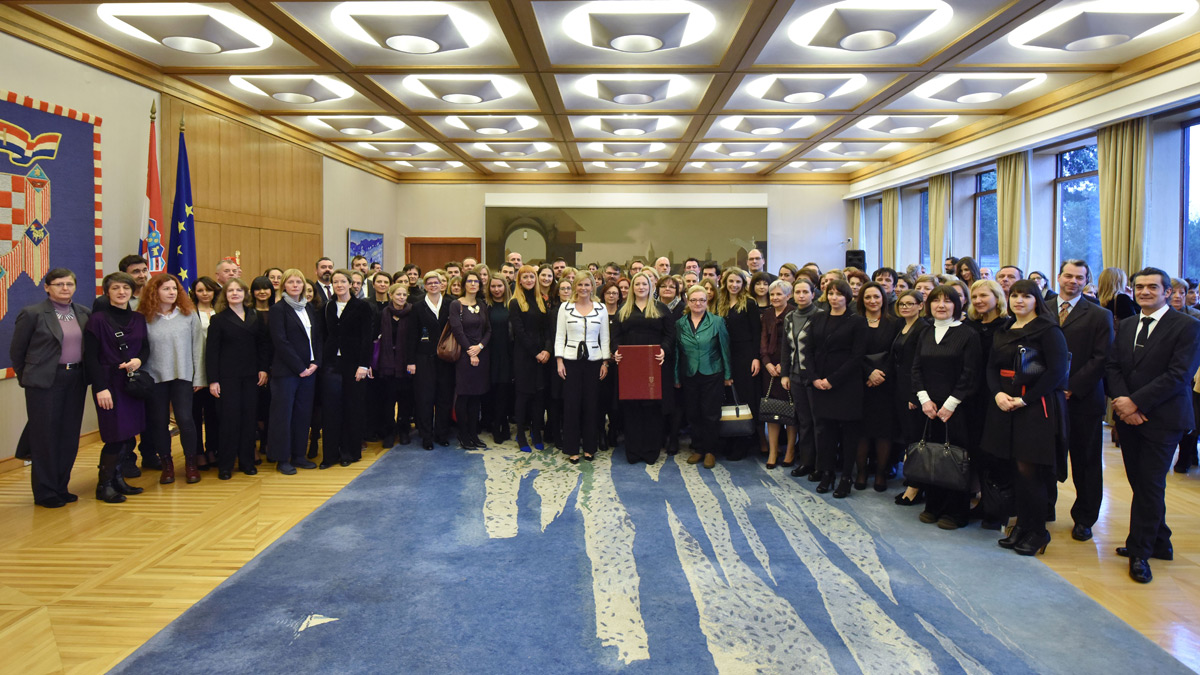 “With this recognition I wish to express special gratitude to all of you, because by restoring, protecting and showcasing our heritage, you educate all of us, especially our children and youth to be responsible heirs of the rich Croatian cultural heritage, which is the cornerstone of our national identity and memories”, President Grabar-Kitarović stated and emphasized that unfortunately the work of numerous experts is insufficiently known by the general public.

She thanked the restorers and conservators for their work of repair and restoration, saying that the recognitions presented are an expression of thanks to the profession “which made a major contribution to the preservation of our national identity during the war and postwar years, including all the decades in which our national conscience was suppressed”.

The President mentioned inter alia the ethnographic heritage, which makes us recognizable throughout the world primarily thanks to our emigrants, alluding to the national costumes, the Klapa multipart singing and the Bećarac singing as well as the Međimurska popevka, a folksong from Međimurje also inscribed in UNESCO’s World Heritage List.

“Croatian folklore groups in all corners of the world are proud to be adorned in their attire that has been brought and preserved since antiquity. Therefore, for this attire to remain not only in our recollections, but also in reality, preserved and ready for our contemporary festivities of songs and dances, we are grateful to the Rental Workshop of National Costumes, which is celebrating 70 years of work just like the Croatian Conservation Institute”, the President noted in her address.